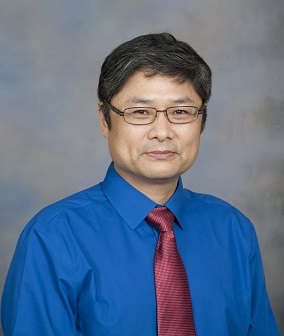 The University of Florida has named leading statistics researcher Peihua Qiu, Ph.D., the founding chair of its department of biostatistics.

Qiu will start at UF July 1, 2013 heading the new department, which is administered jointly by the UF College of Public Health and Health Professions and the College of Medicine and brings together faculty from both colleges.

“The department of biostatistics, along with the UF department of epidemiology, has a novel cross-college structure that combines the strengths and resources of the College of Public Health and Health Professions and the College of Medicine,” said David S. Guzick, M.D., Ph.D., UF’s senior vice president for health affairs and president of the UF&Shands Health System. “We have already seen significant growth in research and education programs as a result of this unique collaborative model and we expect even greater advancements in the department of biostatistics under Dr. Qiu’s leadership.”

“I am delighted that Dr. Qiu will be joining us to helm the department of biostatistics,” said Michael G. Perri, Ph.D., dean of the College of Public Health and Health Professions. “His outstanding record of research, his commitment to academic excellence and his visionary goals represent the right blend of assets to develop the department of biostatistics into one of the premier departments of its kind in the nation.”

Qiu is a major contributor to the development of a statistical analysis method called jump regression analysis, which allows researchers to determine how variables are associated with each other when the relationship among them is not continuous. His research has also focused on describing and analyzing medical images such as MRI images, developing statistical methods for monitoring processes such as a hospital’s daily operations, and analyzing patient survival data. He has authored two books and more than 60 research papers that have appeared in peer-reviewed journals. His book “Image Processing and Jump Regression Analysis” won Technometrics’ inaugural Ziegel Prize in 2007 for an outstanding new book on statistical methodology.

“The field of biostatistics is at the core of all health-related research, and we are pleased to have such an accomplished scientist join us as the biostatistics department chair,” said Michael Good, M.D., dean of the UF College of Medicine. “Dr. Qiu’s vision for expanding the department’s collaborations across campus will strengthen the design and analysis of health research conducted at the UF and in so doing, enhance the potential impact of our work on the lives of the citizens of Florida and the nation.”