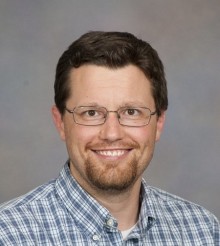 Reporters from the Miami Herald recently reached out to Dr. Eben Kenah, assistant professor with the department of biostatistics, for his expertise on vaccine efficacy. In an article published on February 14, 2015, entitled “Experts:  Vaccine Benefits Outweigh Rare Risks,” Dr. Kenah weighed in, noting that it is extremely hard to prove a connection between immunizations and serious side effects.

In a second article, also published on February 14, entitled “Vaccine Rate Leaves Miami-Dade at Risk”, Dr. Kenah was quoted as saying the overall vaccination rate in the Dade County schools is probably too low to provide widespread protection, particularly given South Florida’s dense communities and steady influx of tourists.  The most serious vulnerability is the potential spread of measles.